Active Adult Community: What’s All the Hype with Pickleball? Part 2 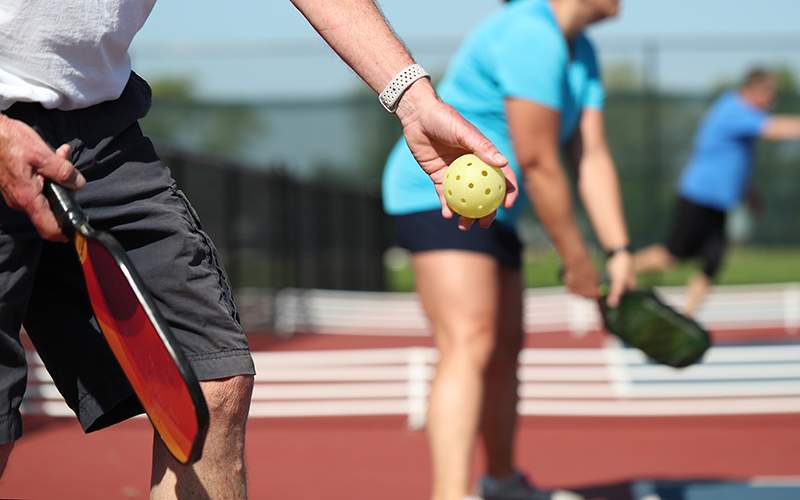 Active Adult Community
Like all great stories, pickleball came about on a sunny day with little to do. In 1965, two dads named Joel Pritchard and Bill Bell arrived at Pritchard’s home on Bainbridge Island, Washington, after a golf outing. They found that their families were bored with no way to pass the time. Looking to alleviate the boredom of his loved ones and close friends, Pritchard started to hatch a plan to bring an end to the group’s summer time woes.

Pritchard’s property had an old badminton court so they started there with hopes of playing. However, they couldn’t find enough rackets for a full game so instead, he improvised by using spare ping pong paddles and a wiffle ball. With these bits and pieces lying around, a brand-new game was born. Today, you know it better as pickleball.

As the weekend went on and time flew by, they enhanced their makeshift game further with their own set of house rules. At first, the net was set at badminton’s regulation height of 60”, but the group found that the wiffle ball bounced well on their asphalt court so they lowered it down to 36”. At this point, there weren’t many rules to their game so during the following weekend, Pritchard and Bell introduced their new creation to another family friend named Barney McCullum. From there, with heavy inspiration from badminton, the three dads created new rules with the sole purpose of family play and accessibility in mind.

Pickleball is very affordable and easy to pick up since you only need basic gear to get started. If you decide that you enjoy pickleball and want to play seriously, you can always invest in better gear the further along you go. To begin, you’ll need a paddle, a ball, appropriate apparel, a net, and a court to play on.

Paddle: The paddles needed to play are larger than table tennis paddles, but smaller than normal tennis rackets. They can be made from any number of materials, from wood and graphite, to aluminum and other composite materials. For beginners, a wooden paddle is inexpensive but may be a little more difficult to control.

Ball: Originally, pickleball was played with a spare wiffle ball. Today, pickleball is played with a similar ball that’s still lightweight with holes. Make sure you purchase the right ball to use depending on indoor or outdoor use. If you’d like to play with an official ball, check out the USAPA’s guidelines.

Apparel: Unlike tennis or other sports, you don’t need to follow a dress code. All you need is basic athletic apparel and comfortable tennis shoes to play in.

As a resident of Starhaven Villas, you’ll have access to our very own Pickleball court, a great place to socialize with your neighbors, and get some healthy, fun exercise in the process.

6 Benefits of Staying Active in Retirement

Staying active might be one of the most important things you can do during your... 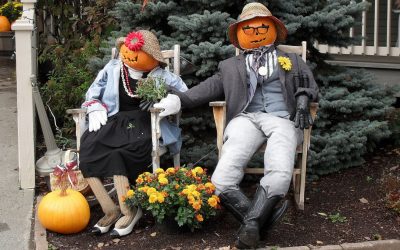 The spooky season of Halloween is upon us and while trick-or-treating is for kids, there are fun Halloween activities... 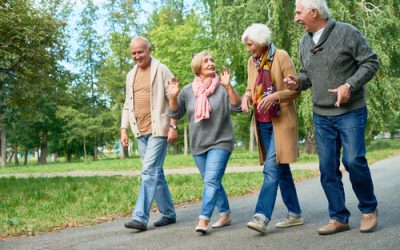 Some Great Reasons to Join a Walking Group!

Thirty minutes a day. Walk with purpose, using your hip flexors, moving your arms as you walk. Yes, walking is great...